Conserving water, wildlife, and working lands, with you 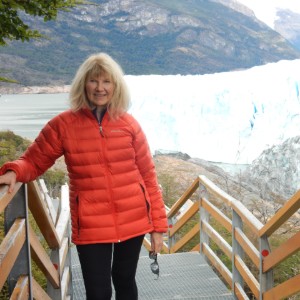 Having lived in a Chicago suburb for the first fifteen years or her life, some of Jean’s most treasured memories are summer fishing trips to Montana.  Her father’s passion for trout and the mountains eventually brought both of them to this area. She has long-loved the valley’s small town atmosphere, which nevertheless provides cosmopolitan cultural opportunities. Beyond the town centers, she has hiked, fished, and backpacked the Bitterroot and Sapphire mountains for most of her life. Receiving her master’s degree from the University of Montana, she taught English, speech, and theater arts at Hamilton High School for 36 years. Now retired, she continues to work for the university and also sits on the Montana Arts Council. She’s grateful to be part of the Bitter Root Land Trust’s efforts to maintain the rural, cultural character of our valley as well as sustain the beautiful natural resources we all cherish. 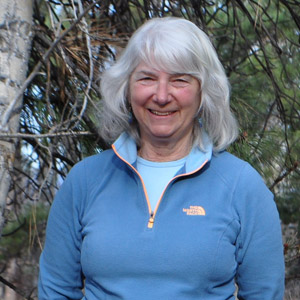 Peggy grew up in suburban St. Louis, Missouri. She was first introduced to the wonders of western Montana as a teenager, as has cared deeply about conserving its open spaces, mountainous terrains, agricultural heritage, and natural resources ever since. She and her husband, Bob, have had a home in the Bitterroot Valley for over 35 years. With an M.A. in English and a Ph.D. in Cultural Anthropology, Peggy taught in high school and college for many years – and pursued anthropological field research in an assortment of exotic places — before retiring permanently to the Bitterroot in 2007. She embraced the BRLT Board as a way to help preserve in perpetuity all those things she has loved for so long about the Valley, and also serves on the Board of Bitterroot Trout Unlimited. In her spare time, she enjoys fly-fishing, hiking, horseback riding, cross-country skiing, bird watching, and cooking. 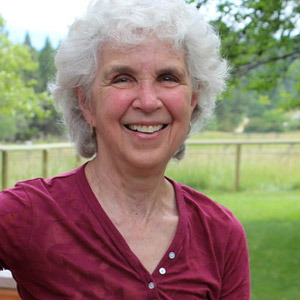 Tonia came to the Bitterroot in 1972 and witnessed many changes over the years, but she continues to be sustained by the beauty of the remaining agricultural landscapes and intact ecosystems. She’s always believed each of us owes it to those who will come after us to try to leave the world and our community as good as – or even a little better – than we found them. The work of the Bitter Root Land Trust is one way to do just that. Tonia is honored to serve on the board and make a difference in the Bitterroot Valley. 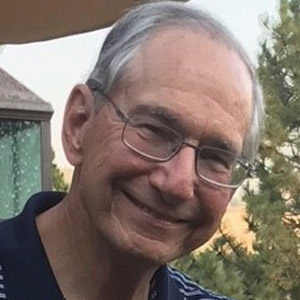 Andy began coming to the Bitterroot Valley in 2001 and has greatly enjoyed the fishing, hiking, and cross country skiing. A part timer for several years and now full time, he has seen the rapid change in land use impacting the valley. The Bitter Root Land Trust is surely one of the best ways to help preserve the aspects of the Bitterroot we most love. Andy was active in non-profits in Sonoma, California, where he initially retired. Now that he’s in the Bitterroot full-time, he looks forward to helping the Land Trust fulfill the rising need for its services in conservation. 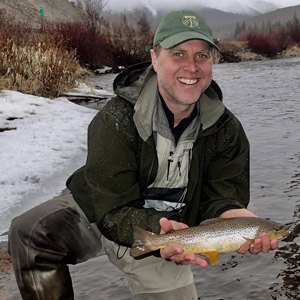 Roger is thrilled to be on the land trust board and help protect everything that makes the Bitterroot Valley so special. He moved here with his family to enjoy a quality of life: hiking trails, fishing rivers and streams, hunting elk, and enjoying those quiet sunsets against the backdrop of the Bitterroot mountains. As a realtor, he sees the value in the balance between conserved open lands and developed areas. He’s fortunate to be a part of the land trust’s mission to protect the beauty and integrity of this last best place. 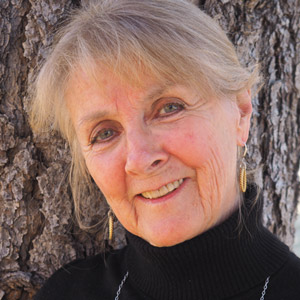 Gail joined the Board of the Bitterroot Land Trust in 1999, at the time of its founding, and has continued to enthusiastically support it ever since. For Gail, the Land Trust brings this community together to preserve the best of the Bitterroot – its beauty, open space, wildlife habitat, and heritage. That’s at the heart of why we all live here and love it so much. She recently retired from a career in family law. that spanned over 40 years.  Now Gail has more time to enjoy a true Montana lifestyle. 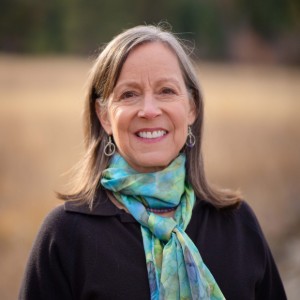 Kathie grew up backpacking and fishing in the southern Sierra range of California, where she discovered the joy of outdoor adventures. She first saw the Bitterroot Valley in 1986 on a road trip to Canada, and was struck by its beauty as well as the grit and down-to-earth nature of the people she first met. And now 30 years after moving to the valley, she recognizes how fortunate she has been to have raised her two daughters here with her husband Ron, and now to see many of the younger generation returning. She does not take for granted the Bitterroot’s many resources of agriculture, wildlife habitat, clean water, open space, and the heritage of those who call it home. With degrees in Zoology, Chemistry and a doctorate in pharmacy, Kathie has worked in education, biomedical research and recently retired after a long career in pharmacy. She has volunteered with many non profit organizations, and brings to BRLT the desire to be a productive board member furthering the mission to preserve in perpetuity the richness of the landscape for future generations, while being mindful about the challenges in doing so. 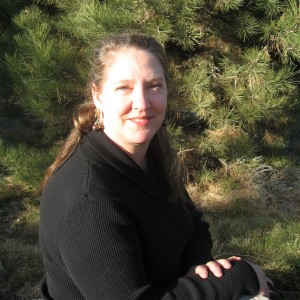 Tori grew up in the heart of the valley, attending twelve years at Corvallis schools, to graduate in 1977. She went out of state to college in Oregon, then California and did not return to Montana to live until 2002. She and husband Don built their dream home next to her grandfather’s pond, land that she had purchased in the early ‘80s. Upon return she has become active in her community, motivated by her desire to give back to the community that helped to raise her. She is active in the Corvallis American Legion Auxiliary and hobbies that she enjoyed with her dad, Terry Nobles: raising and riding horses and fishing. 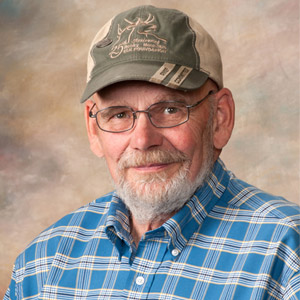 John is a retired wildlife biologist who worked at the Supervisor’s Office for the Bitterroot National Forest for 32 years. A graduate of the University of North Dakota and the University of Idaho, he worked for Montana Fish, Wildlife and Parks in Butte before relocating his family to the Bitterroot Valley in 1974. John is very active in the community as a member of Kiwanis, Bitterroot Audubon, the County Park Board, Canyon Creek Irrigation District Board, and the Ravalli County Fish and Wildlife Association. He is on the board of the Rapp Family Foundation and currently serves as treasurer for the Foundation. Always in the company of friends, John easily strikes up a conversation wherever he is. He freely shares his infinite knowledge of local wildlife—especially birds—and finds delight in life’s many adventures. 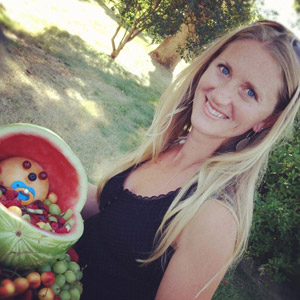 Raised in Hamilton, Heather’s background has always been science related. This includes eight years of research at Rocky Mountain Laboratory through high school and college, political science, physical therapy, and exercise physiology, which she majored in at Pepperdine University, California. Currently she works at GlaxoSmithKline in Hamilton. Heather has lived all over from California and North Carolina, even across the Atlantic in Belgium, and is happy to call Montana her home. Being a local who has seen many changes to the Bitterroot Valley, she is proud to be a part of the Bitter Root Land Trust and its efforts to conserve water, land and wildlife habitat for this and future generations. Heather spends much of her time in the outdoors with her husband Aaron and their daughters McKenna and Declyn. They can often be found biking, skiing, or on a local trail with faithful labs Tucker and Tikka in tow. Heather’s well-rounded background brings a fresh dynamic to the board and BRLT as a whole. 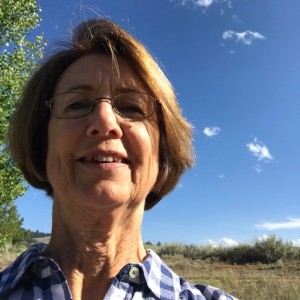 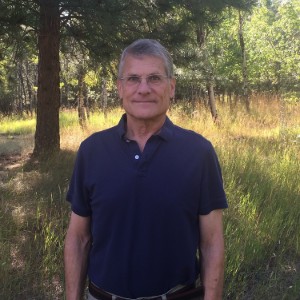 Bret fell in love with Montana during fly fishing trips with his father through the 90’s and 00’s. Living and working in Houston Texas in the late 90’s, Bret and and his wife Susan were keen on finding a place where their boys could spend the summer hiking pristine mountain trails and fishing in clean running rivers similar to Bret’s own childhood. Hamilton became that place. After working for 35 years in the Engineering and Construction industry, Bret has recently retired and is looking forward to working with others to preserve Bitterroot resources for future generations.

Conserving the waters, wildlife habitat, and working farms and ranches of the Bitterroot Valley, with you