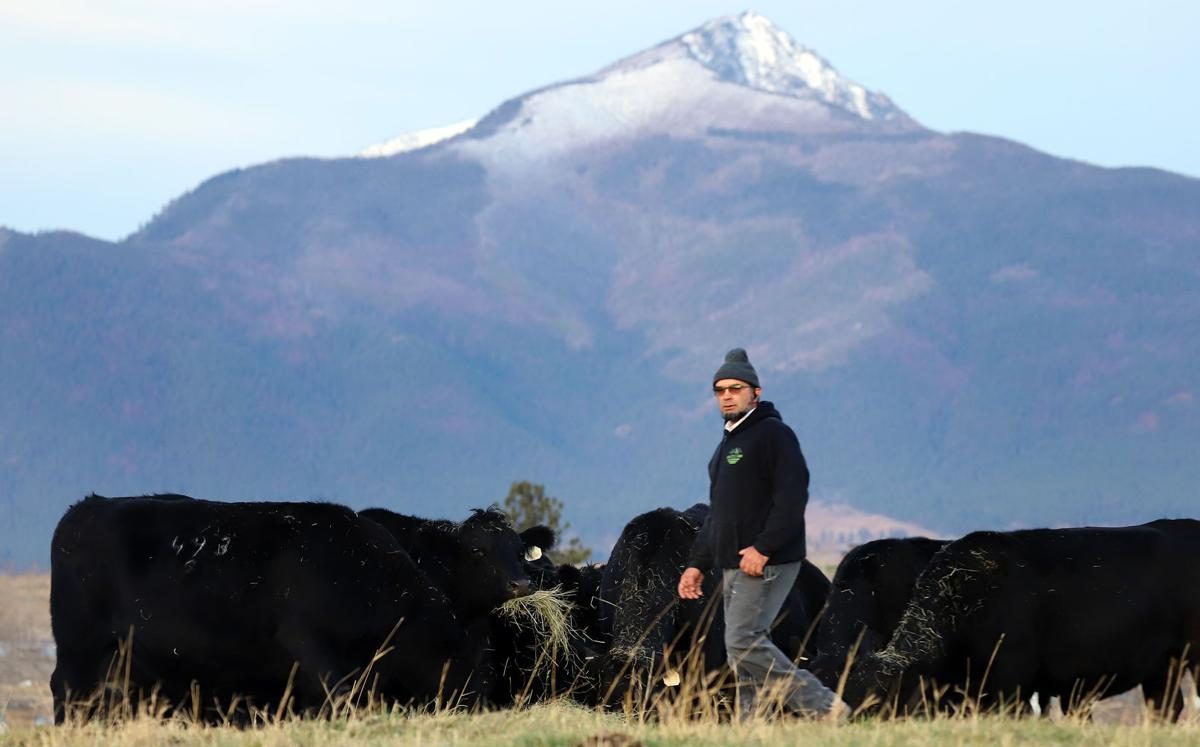 Reunifying what once was lost

Situated on an oasis of open countryside in the Illinois Bench neighborhood of Stevensville and surrounded by clusters of neighboring homes, the fate of the 150+ acre “Yoder Angus” ranch could have someday resulted in subdivision if one Bitterroot family hadn’t stepped in to conserve the property in November 2021.

The newly conserved property rests on valuable Bitterroot agricultural ground and is home to a cow-calf operation, as well as to a variety of wildlife including elk, fox, geese, ducks and hawks. The ranch is operated by Jake and Fannie Yoder who cherish the opportunity to continue a traditional way of life working in agriculture, and look forward to passing the ranch down to their three children someday.

After relocating to Stevensville from the St. Ignatius area where they ran a longtime cow-calf operation, the Yoders originally purchased 80 acres of what was at one time part of ranch nearly double in size. The “missing” adjoining 70 acres was owned by neighbors, which the Yoders eventually purchased as well. The original ranchland was now reunified in its entirety and, thanks to a conservation easement, never to be divided again.

I never dreamt that in five years we would have been able to put this farm back together. I think about that every day when I come over the top of the hill and look around. I know this is the way it will stay now. If I die tomorrow, there’s no threat that it will be sold and developed.” – Jake Yoder, Landowner

As it turned out, the Yoders weren’t the only ones in tune with land’s value. Leading up to the completion of the conservation easement, Jake received phone calls from multiple developers inquiring about purchasing the land.

They were like, ‘Mr. Yoder, we can help you do something with your property.’ To me, that was a rude awakening. There is something about being respectful to your ground… There’s nothing wrong with a little cow manure and a little bit of green grass and being outside on your saddle horse.”

Thanks to the vision of the Yoder family, this valuable open space will continue to serve as agricultural ground and wildlife habitat, as well as a reminder of the importance of conservation amidst an area that has been heavily developed over the years.